Let me begin by sharing a short story about a pigeon:

A few weeks ago, a plain pigeon landed on my balcony. She flapped her gray wings and bumped into the glass barrier. She stayed on the floor and kept trying to fly up every now and then, continuously hitting the glass and falling back down. I thought she was injured and decided to let her be for the night.

When I came to check on her in the morning she was exactly at the same spot, down on the floor, quiet and alone. Since we were high up on the eleventh floor, I thought she couldn’t fly. I planned to capture her with a blanket and release her downstairs. But watching her struggle against the glass barrier, I realized her wings were intact. She seemed very much alive.

So instead, I decided to help her rise above the glass barrier in the hopes that she would fly. Using a dustpan and a broom-stick, I tried to lift her up. She began to run around, defecating and flapping her wings frantically. Finally, she got on the dustpan and I was able to lift her up quick enough before she would fall off. The moment we got over the glass barrier, she took flight. So quickly and gracefully, she flew out and away like an eagle.

Looking back, I now see it was the hope I held inside of me that the pigeon would be able to fly, which enabled me to be patient with her progress, to support her, and to be able to see her fly before she was able to.

Alexander Lowen, M.D. wrote that “...despair is not the same thing as emotional resignation for despair does not exist without hope. When hope is lost or given up, despair becomes resignation which is a surrender to death.”[1] The pigeon hit the glass too harshly too many times that it seemed she accepted her fate. It made her think she was locked in a glass cage when in fact, she was free to fly the entire time. Still, her despair did not turn into resignation. What she needed was my guidance and persistence to realize she still had her capability to fly and the ability to escape the glass cage that was only in her mind. She did not surrender to death.

This story made me realize I experienced similar situations at the clinic both when I was a patient and today as a therapist. As a patient, my therapists’ own grounded confidence and the hope they held for me was a guiding ray of light that helped me feel more hopeful about my own process. As a therapist, if I am to trust my patients’ ability to heal, I must trust their process, I must trust life, and I must hope for them until they are able to feel it themselves.

Hope is what makes change possible. In therapy as in life. If I have no hope for my patients, I cannot help them. If I don’t believe they have a chance at getting better, at growing, at healing, I cannot help them. This hope is a sense of knowing that is deeper than my thinking or conscious control. It sits at my core, much like my life-force itself, it is fundamental to my being. When I lose touch with it, things become murky.

I recall sitting across from a man in my clinic and feeling a sense of ambiguity. I could not feel the hope I usually carry when I first meet a new patient. I could not find the hope that he would be alright, that I’ll be able to help him, that we would succeed in making a connection, in building the bridge and then crossing it over to find whatever it is he needed to live a fuller, healthier life.

During that one and only session I had with this man, I learned that he suffered from depression and took medication a few times in the past. He had difficulty “finding his way in life”. He expected me to have answers for him, to show him the way and to tell him what he needed to do. I didn’t have the answers he wanted.

Still, at the end of the session he held his hands to his chest and stated: “All the distress faded and I feel calm. This is good for me and I know I cannot do it alone.” While I was physically there with him, something about our connection did not fuse. I was moving in and out of contact with him. I was facing my own fears and doubts. The result was ambiguity and lack of hope. The following week, the man called the clinic to ask to see a different therapist.

For me, the absence of hope was what led to the ambivalence that created a distance, and was at the root of our inability to connect.

The opposite experience came to me with another patient who I met through a rehabilitation program for people diagnosed with mental illness. He was in his late twenties, smart and extremely introverted. He had difficulty making eye contact and wouldn’t leave the house in order to avoid contact with others. From very early on he made blunt statements proclaiming: “There is no hope! My condition is irreversible! Nothing will help and no one can help me!”

I suggested we look at that hopelessness. We created a structure with our hands to symbolize the hope he was unable to feel about his process and life in general. I asked him if he would allow me to “hold” this hope for him. He agreed. I lifted the structure we created for this hope and described it to him. The entire time his eyes were locked in a gaze at the floor. With the hope still in my hands, I moved down to the ground to meet his eyes from below.

Almost instantaneously something in his attitude changed. He was able to look me in the eyes and keep that connection for a while. He began to breathe slower and more deeply. He looked at the hope in my hands and asked me to imagine his future with him. We built an image of him five years from now. It was modest and simple, and very meaningful for him as he added: “I want to live without thinking a million times before I do something, without avoiding life, I want to do things without fear. I want to believe in myself.”

It took several months before he stopped expressing mistrust and disbelief. It took some more time after that for him to actually say he trusts me. He refused to disclose to his psychiatrist any sign of progress we were making in our process. “She must think the situation is as bad as possible, otherwise she won’t believe me.”

Still, I believe it was that hope in my hands that helped him see a different perspective, a new possibility. It was an important part of what helped him break through his existential fear, find work, renew old relationships, and take steps to rehabilitate his life.

Many years ago, before becoming a therapist I worked as a copywriter. A woman I worked with on a marketing project asked me to change the word hope in the content I wrote because “hope is a weak word.” Today I realize hope is a deep and powerful word. Hope is inseparable from life, it is necessary for living. It is the light that forges connections and enables growth. It is the driving force that guides me as a therapist and what made me help the pigeon find a way to fly again.

Alleviating Anxiety - My Guest Post on The Alexander Lowen Foundation 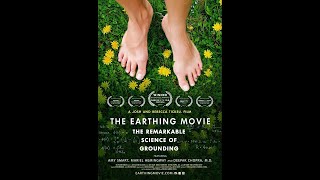